Title:
Digitalsierung und Analyse kultureller Transfers in kolumbianischen Literaturzeitschriften (1892-1950)
Duration:
01/04/2022 to 31/03/2025
Abstract / short description:
This research project will study cultural transfers between Europe and Latin America, especially between Colombia and other countries. The focus of the project is on the digitization, description, and analysis of cultural magazines as the central medium in which the dynamics of cultural transfers on the routes between Europe and Colombia unfolded. At the end of the nineteenth and during the first decades of the twentieth century, cultural and literary magazines were the principal distributors of literature in Colombia. This resulted out of the precarious system of contemporary book production. Magazines, newspapers, and literary supplements were less expensive, both in their production and in their acquisition. Moreover, magazines were the place in which cultural imports took place, be it in translations, in adaptations of specific genres, or with respect to reception. European models were adopted, discussed, appropriated, and ingested in the process of shaping a national literary base as well as institutions of the literary system in Colombia. A number of links to European literary systems were created, and they remained in place during the twentieth century. Therefore, this project will analyze cultural transfers, and it will particularly focus on how literary magazines were one of the main vehicles for and supports of these transfers. As such, literary magazines are regarded as the interfaces providing contacts with other literary systems, as the main elements of literary communication processes as well as the platforms for the distribution and reinterpretation of works, ideas, and practices emanating from different literary systems. The theory of cultural transfers will be used to conduct the examination of a possible network of circulation of printed matter that included Colombia, centered around the causes of the transfers, the modes of the transfers, the appropriation of the transfers and the methodology of data analysis. Computational analysis will be used to identify 'literary brokers', for the examination of the network archaeology, and for the study of the trajectories of the transfer mediators. 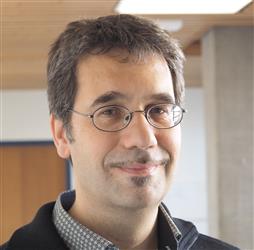 Faculty of Humanities
University of Tübingen