Title:
Island Studies Network: Interdisciplinary Approaches to Island Exchanges, Environments, and Perceptions
Duration:
10/02/2021 to 10/08/2022
Abstract / short description:
The study of islands between geographical isolation and cultural connectivity can contribute to current debates in and beyond academia. Researching islands provides insight into a long history of migrations and adaptations to climate and environmental changes, as well as the spread of ideas, technology, and epidemics. Due to their locations along transregional trade routes, island communities reveal practices of exchange, social integration, and intercultural communication. Islands can also be places where old customs, laws, or languages have been preserved. Thus, islands can be studied as both models for the future and as depositories of the past.
Given the amplitude of insight that can be obtained from studying islands, a new interdisciplinary field of “island studies” has emerged that operates in overlapping areas of traditional academic disciplines and often outside island-specific programs. The proposed network would bring together researchers from the disciplines of history, archaeology, anthropology, digital humanities, geography, literary studies, and philology to allow for a more thorough interdisciplinary exchange of ideas.
The main goals of the network are: 1. to overcome methodological challenges of interdisciplinary work on island studies, 2. to learn from the established island studies departments for institution building, 3. to serve as a multiplication platform for island research, 4. to promote early career scholars through networking with one another and with experts in the field, and 5. to generate, and publish results on the three thematic clusters:
Exchanges: Islands were often highly connected with one another and with the mainland via maritime trade networks. Agricultural goods and cultural objects changed hands alongside the trade of information. The network would discuss the effects of these exchanges on island communities and in which social or cultural configurations external relations were enhanced or restricted.
Environments: Due to their limited boundaries and natural resources, islands often experience environmental changes more acutely than the mainland. Environmental vulnerabilities have affected island communities for thousands of years. Therefore, islanders have a long history of coping with and planning for shortages and natural hazards.
Perceptions: Perceptions about islands as strange, barbaric, exotic, utopian spaces, or ‘laboratories’ for social reform, influenced not only literature throughout Europe from Homer and Plato to Thomas More and Shakespeare, but also how islands were governed. Understanding what people ‘knew’ or thought they knew about islands and islanders enables us to better reconstruct significant historical decisions with lasting effects even for today.
Keywords:
island studies
island history
island archaeology
maritime studies
environmental history and archaeology 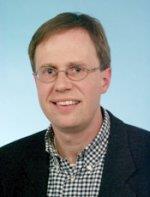