Acronym:
PACT
Title:
Populism and Conspiracy Theory
Duration:
01/04/2020 to 31/03/2025
Abstract / short description:
The last two decades have seen the rise of populist movements and parties in Europe, the Americas, Asia, and Africa. Over the same period, conspiracy theories have also significantly gained in visibility and impact. As any casual observer of contemporary politics knows, the two phenomena are connected. Populist leaders often use conspiracist rhetoric, and many
of their followers are receptive to it. Previous research has highlighted parallels between the two phenomena (such as Manicheanism and simplification) but left important questions unanswered. When, how, why, and to what effects do populists articulate conspiracy theories? Are they more prominent on the right than on the left? Does their significance
change when parties move from the opposition into power? How do populist movements deal with the fact that some of their members believe in conspiracy theories, but others do not?

To answer these and related questions, this interdisciplinary project will analyze the role of conspiracy theories for currently successful populist movements in the United States, Brazil, Austria, Hungary, Italy, and Poland. Paying close attention to national, media, and other contexts, it will examine the significance of conspiracy theories for party leaders as well as for ordinary members. Methodologically, the project will combine Critical Discourse Analysis (of speeches, party manifestos, social media etc.) with ethnographic fieldwork (participant observation and semi-structured interviews) to provide a holistic and comprehensive account. Conceptually, the project will combine the ideational and discursive-stylistic approaches to populism.

A similar investigation has never been undertaken. The project’s results have potential implications beyond the academic realm. They will not solve the problems that populism and conspiracy theory pose. But there is a fair
chance that they will help to meet better the challenges that they currently pose to liberal representational democracy.
Keywords:
conspiracy theory
populism
social media
ethnography
discourse analysis 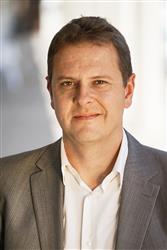