Acronym:
KASIA
Title:
Der Einfluss von Ladungstransfer auf photophysikalische Phänomene in Mischungen organischer Halbleiter: Von zeitintegrierter zu zeitaufgelöster optischer Spektroskopie
Duration:
01/03/2020 to 28/02/2023
Abstract / short description:
Charge transfer (CT) between two organic semiconducting molecules is a process, which is of fundamental importance for their application in devices, but the photophysics of CT-states as well as their impact on photophysical properties of organic semiconductors is still not fully understood. For example, absorption spectra of strongly-interacting donor-acceptor compounds exhibit often not only one distinct CTtransition, but a broad band. The origin of this observation is unclear and could be the excitation of molecular vibrations (vibronic progression) or inhomogeneities in the film. Besides this heteromolecular CT, interactions between molecules of the same kind (homomolecular CT), affect the shape of absorption and emission spectra in thin films and the efficiency of complex photophysical processes such as singlet fission. In ultrafast (femto- to nano-second)
singlet fission, an excited singlet state is transformed via
homomolecular CT as key parameter into two triplet states on neighboring molecules. Here, we propose to study donor-acceptor blends of small molecules capable of singlet fission, involving homoas well as heteromolecular CT-processes. We focus on systems
based on pentacene and tetracene, which are two prototypical singlet fission materials, but differ in the time scales of the process (90 ps for tetracene, 80 fs for pentacene). The CT-character of the lowest optical
transition is 50% in pentacene, but only 30% in tetracene, which makes a comparison of these two systems ideally suited to study CTdriven phenomena. Our aim is to follow the dynamics of photoexcited states to obtain insight into the photophysics of CT-states in blends of acenes with strong acceptor molecules and the impact of CTinteractions on the photophysics of these two acenes. In order to access bulk as well as interface effects we utilize complementary ultrafast spectroscopy techniques with a time resolution between 40 fs and 1 ns, namely transient absorption spectroscopy to probe the bulk
of the samples and second-harmonic generation spectroscopy, which is inherently interface sensitive. Using time-correlated single photon counting for processes with time constants above 1 ns and up to 1 μs,
we cover the full range of the excited state dynamics. We will combine the time-resolved optical spectroscopy with detailed steady-state structural and optical characterization tools. By a careful choice of acene-acceptor combinations and different types of tailored interface geometries, ranging from bilayers and superlattices to intermixed films, we modify the strength of homo- and heteromolecular CT between either pentacene or tetracene molecules in the films and probe the corresponding changes in the lifetime of the excited states, including heteromolecular CT-states, and the singlet fission time constants. The results will help to fundamentally understand ultrafast photophysical processes driven by CT and thereby promote more efficient optoelectronic devices. 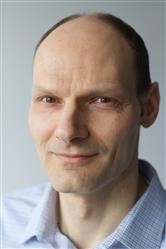