Title:
Die Haut als Sensor und Initiator von lokaler und systemischer Immunität; Teilprojekt TP B06 "ATF3 bestimmt die Progression von Interleukin-1 Aktivierung zu adaptiven Interferon-assoziierten Immunreaktionen"
Duration:
01/07/2019 to 01/06/2023
Abstract / short description:
The signals deciding whether immune responses remain innate or turn into an adaptive one remain elusive. We demonstrated a cell-type specific induction of ATF3 in keratinocytes and myeloid cells. Interestingly, ATF3 suppressed IL-6, but promoted NLRP3 expression and subsequent IL- production. As IL-1 is suppressed type I interferons (IFN), the balance between ATF3 and IL-1 may direct immune response towards either an innate or an adaptive one.
Type I IFNs are implicated in the pathogenesis of autoimmune diseases, such as lupus erythematosus (LE) or psoriasis, and their induction in the skin can be triggered through activation of distinct toll-like receptors (TLR). Both clinical conditions and TLR7 stimulation have in common that they first recruit neutrophils (PMN). This neutrophil boost is followed by the infiltration of IFN-producing plasmacytoid dendritic cells (pDCs), a condition not observed during strictly innate immune responses. These findings are conceivable with a concept, where the modes of early PMN-recruitment decide whether an innate immune response turns into a delayed type hypersensitivity response (DTHR) or whether it remains innate, dominated by neutrophils. Important candidate molecules regulating this process are inflammasomes and IL-1 and, as inducer of DTHR, ATF3 what is induced by IFN. Inversely, ATF3 inhibits IL-6, IFN-regulated genes, but favors inflammasome activation. We therefore hypothesize that the IFN-ATF3-IL-6-IL-1 axis determines whether an immune response develops either into an innate or an adaptive phenotype via the predominant induction of either IL-6 or IFN.
To address this question, we aim to quantify neutrophils, pDCs, AIM2, NLRP3 and IFI16 as known IFN-activated proteins in pustular and non-pustular psoriasis, LE and imiquimod treated actinic keratosis by immunohistochemistry. The data will be correlated with inflammasome activation and IL-6, TNF and IFN induction. To mechanistically dissect the interaction between ATF3, inflammasomes and type I IFNs in a cell type specific manner wt, ATF3.ko, IL-6.ko, IFNR.ko and IL6R.ko cells are treated with TLR7 ligands, dsDNA and UV, which is known to trigger LE, but is used as treatment for psoriasis. Analyzing two models of innate PMN recruitment (imiquimod or K14-IL17A skin inflammation) and UV-induced LE in B6.MRL/lpr mice in the various ko mice will determine in a cell type specific fashion, whether, and if so, how the interaction between ATF3, IL-6 and inflammasome maturated IL-1 promotes or impairs the transition of innate into adaptive immune responses.
Keywords:
Entzündungsforschung 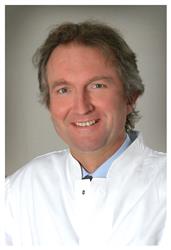 Department of Dermatology
Hospitals and clinical institutes
Faculty of Medicine