Acronym:
AMWG
Title:
"Jetzt erst verstehe ich den Sinn des Lebens" Der Briefwechsel Alma Mahler - Walter Gropius 1910-1964: Erschließung der Quellen und kommentierte Hybrid-Edition. Teil 1: 1910-1914
Duration:
01/03/2019 to 31/05/2022
Abstract / short description:
In the summer of 1910 the young, musically trained Alma Mahler (1879–1964) became acquainted with the then unknown architect and later founder of the Bauhaus, Walter Gropius (1883–1969). When Gustav Mahler learned of the liaison, he abolished the prohibition on composing that he had imposed on the young bride as a condition of marriage, and promoted her musical development as a composer.

The correspondence of c 950 letters by Alma Mahler and c 310 draft letters by Walter Gropius between the years 1910 and 1964 from the Bauhaus-Archive Berlin not only explains her activity and selfunderstanding as a composer in more detail, but above all provides insight into her activities as a patron of the arts and organizer of musical and cultural life in the first half of the twentieth century. The recently edited correspondence of Alma Mahler with Alban Berg and Arnold Schönberg has shown how much influence she had as a cultural activist in the field of music at the beginning of the 20th century. Without this influence, even the reception of Gustav Mahler’s works would have differed. Works by these three composers also appear as the subjects of the largely unpublished correspondence with Gropius.

Due to Alma’s rare openness, the correspondence also clarifies not only her biography that is partly misunderstood by later self-representations, but also architectural and musical history from the 1910s to the 50s. Alma Mahler’s considerable influence is evident in her active discussion with Gropius on early design concepts, her suggestions of relevant foreign literature, her efforts in arranging assignments and contacts, and her demands for outstanding
achievements. Furthermore, the correspondence provides detail on the development of Gropius’s theoretical work as well as his biography.

In particular, the phase from the beginning of the relationship with Walter Gropius in 1910 to the beginning of the first world war 1914 represents a central testimony. The sources are, for the most part, completely unsorted and undated, and the largely key-worded draft letters by Gropius are mostly incoherent and difficult to decipher. The development of the material is a demanding task in the field of philology, which is only possible as a result of many years of
preparation.
All sources will be edited as completely as possible and
the publication will comprise of two stand-alone components. Firstly, a
book of the transcriptions, with an introduction to each letter and
select extracts from the commentary in shortened form. Secondly, an
online publication in open archive walter gropius of the digitized letters
and drafts, alongside the transcriptions, normalized metadata and the
critical apparatus, as well as individual and overarching commentary.
In cooperation with the Zuse Institute Berlin, the longevity of the open
source data will be guaranteed by using TEI standards. The letters will
be searchable through Kalliope.
Keywords:
Editionsvorhaben Briefwechsel 1910-1964
Alma Mahler
Walter Gropius
Langfristonlinepräsentation 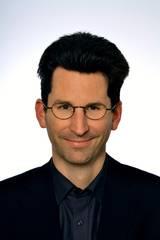