Acronym:
Prager Moderne(n)
Title:
Überschneidungen und Abgrenzungen in Raum und Zeit. Der literarische Diskurs der Prager Moderne(n)
Duration:
15/10/2015 to 14/10/2018
Abstract / short description:
In this project, the German- and Czech-language literature and culture of Prague around the turn of the century and the early 20th century are compared with regard to their processes of exchange and delineation. The frame of reference in material terms is the city of Prague, though it is also ascribed differing symbolic aspects in the various collective identity discourses. This is supplemented by the respective situatedness in relation to the civilizatory modernization processes shaping the time, with a broad spectrum of reactions among contemporaries: from affirmation, via critical reflection, which often leads to a crisis-ridden diagnosis of the time, to rejection. Products of the literary discourse of the time in the broadest sense, which encompasses works of literature, literary criticism and cultural criticism, explicitly or implicitly view – this is the underlying assumption – their own position (Prague, German-Prague, Czech-Prague or, in a wider sense, Bohemian) in relation to the phenomenon of modernity. The parenthesized plural in the title, ‘Prague Modernities’, asks whether one can speak of a specifically Prague variety of modernity, or whether views of modernity that were heterogeneous, but did not necessarily differ along national lines, existed alongside one another.
The two partial projects are devoted primarily to the basic categories of space and time respectively. A monograph project (PhD-Thesis Ulrike Mascher) examines modern German- and Czech-language prose texts with reference to their respective spatio-semantic conceptions and analyzes how the city of Prague, or the city imago of Prague, is modelled in them and viewed in relation to individual or collective notions of identity. The concern, then, is first of all a reconstruction of the defining contemporary identity discourses in their connections to concrete places in the city (buildings, monuments, memorials as well as individual districts); the second step is to examine how literary texts continue writing these encodings of the public space, rewrite them, write them completely anew or question them.
The Mercator-Fellows Daniel Vojtěch (Prague) book project focuses especially on purveyors of ‘critical modernism’ in Prague, who – characterized by a feeling of discontinuity in modern times – viewed conventional and progress-oriented models (of an epistemological, scientific, religious, political or ethical kind) with scepticism. In their literary and journalistic texts, this experience manifested itself primarily in the thematization of metropolitan existence and an identity they considered fragile. The central question of the study is whether, and if so to what extent, the exchange movements between German- and Czech-speaking cultural actors evident in Prague, but also the tensions and polemics between them, acted as stimuli for the development of a specific Prague variety of (critical Central European) modernity.
Keywords:
modern age
Moderne
Prager deutsche Literatur
Tschechische Literatur
Raum 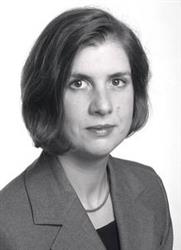