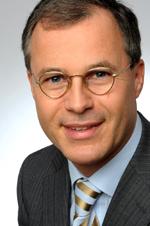 Robert Kirstein was born in Bonn in 1967. He studied Classical Philology at the Universities of Bonn, Oxford and Münster. In 1997 he received his doctorate at the University of Münster with a dissertation on late Latin poetry, and in 2006 he finished his Habilitation in the field of Hellenistic poetry. From 1997 to 2000 he was a postdoctoral fellow of the Alexander von Humboldt Foundation at the University of Illinois at Urbana-Champaign (USA). Research interests include the history of Classics in the 19th and 20th centuries, Greek and Latin poetry, in particular the poet Ovid, fictionality and narrative theory, narratology, and comparative literature. He has been teaching at the Eberhard Karls University of Tübingen since 2010, since 2018 as Full Professor of Classics / Latin Philology. In 2017 he founded the international Tübingen Working Group ‘Narrative Dynamics in Latin Literature’.